PGAA President and CEO, John Gibson says “having a well-known, established trucking agency on site bodes well for the airport as we move our cargo program forward. We look forward to working with Rosenau to provide road feeder service and cargo container build up, as well as their core trucking services.”

“Access to air and Boundary Road played a key factor in moving to this location” says Director of Operations with Rosenau Transport, Ken Rosenau. “With our strong service area, we feel that the partnership with the PGAA is another opportunity for Rosenau Transport to have a stronger footprint in Northern BC, and with the PGAA by our side, we feel this will be a very successful partnership that will flourish for years to come.”

Rosenau is initially leasing 15,000 square feet of the building. The Prince George Airport Authority is also working with the Canadian Border Services Agency and other stakeholders on their requirements to be incorporated into the facility and marketing the remaining 10,000 square feet to perspective tenants.

The $5.5 million facility is situated on the north end of the main runway off of Boeing Road. It features 11 truck dock doors, 3 ground level doors and 1 ramp accessible door.

IDL Projects is the general contractor on this project and has completed water and storm services, foundations and structural frame work.

Rosenau Transport has been doing business in Prince George for 4 years.

Rosenau Transport was founded in 1957, and is now a third generation company.  Rosenau employs more than 750 employees across western Canada and has 24 locations in which to serve the customer’s needs. 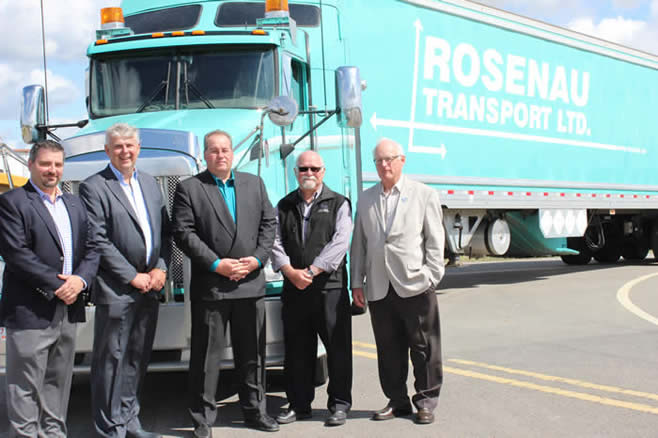